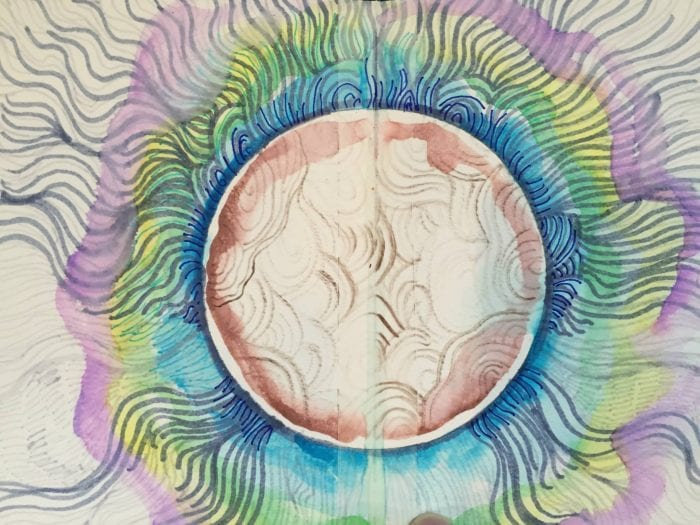 “I had to abandon the idea of the superordinate position of the ego. … I saw that everything, all paths I had been following, all steps I had taken, were leading back to a single point — namely, to the mid-point. It became increasingly plain to me that the mandala is the centre.
It is the exponent of all paths. It is the path to the centre, to individuation.
… I knew that in finding the mandala as an expression of the self I had attained what was for me the ultimate.” – C. G. Jung

Mandala is a Sanskrit word that means “circle.”
Mandalas can be seen in the artwork and symbolism of every culture. In Art Therapy, mandalas play a very important role as a transformative symbol and process. In art therapy, a mandala is any imagery that is contained within a circle. The created mandala is a reflection of the artist’s self at that moment. Mandala’s tend to help focus and center the person who creates it. There is no “right or wrong” when creating a mandala, and in fact, the less you consciously think about it, the richer the mandala will be in form. In this way, the mandala becomes a mirror that we hold up to our unconscious – discovering apects of the self that we might have been previously unaware of.

Below I have shared a few mandalas that I have created recently. I have found them to be incredibly helpful for me to create after particularly emotional, stressful, or confusing groups that I have led, or when I need to emotionally contain a particularly intense experience. The simple act of creating within a circle is deeply relaxing and illuminating. I encourage everyone to allow yourself the space and creative freedom to create a mandala!