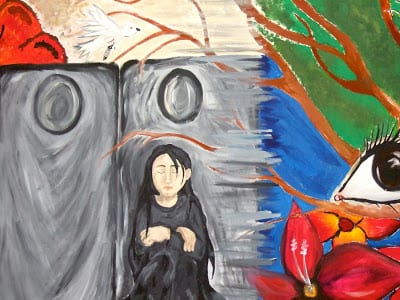 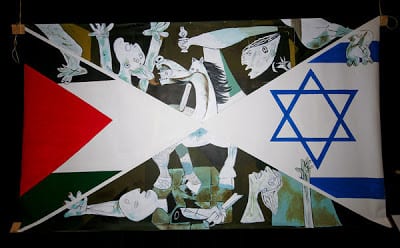 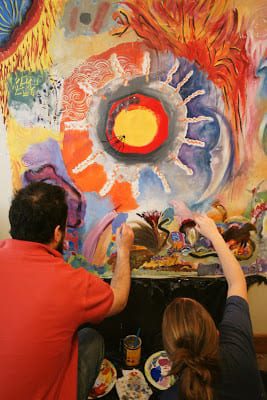 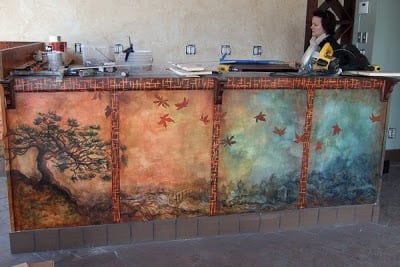 Mural making has been a passion of mine for a long time. I have done murals myself, as well as facilitating group mural making. Group mural making provides the participants with unique insight into how they express themselves within a group setting and often brings about new revelations about each participant’s unique individual voice and how it relates to the whole. Mural making may take place over a single session or over a longer period of time. Materials can be decided based on what the members are most drawn to – whether it’s paint, markers, pastels, oil pastels, or collage images.

Below are a few key concepts to explore before, during, and after creating a group mural, taken from Art Therapy for Groups by Marian Liebmann.

Other interesting points to explore are, how directed or non-directed does the group want to be? I have begun groups with no instruction, and asked that the first 10 minutes the group paints in silence. Afterwards, people may begin communicating through verbalization again. It is fascinating to rely solely on visual communication for the beginning of the mural.
Group mandalas can be created by drawing a large circle out, and then dividing the circle into pies. Each member begins with their own pie section, and every 5 minutes or so, members move to the section next to them in this round robin approach. Pay attention to what each member adds to the original section, and later conversation can revolve around why they chose to add their specific art to an area.
Another interesting approach is to have each member draw their own island and inhabit the island with things that they value. Then, challenge the group members to link up the islands in some way and explore the idea that “no man is an island” and how that was depicted visually. Who in the group had a difficult time connecting to others, and is this also their experience in life outside of the art making session? What are the sizes of each member’s islands, and how crowded are they with things – are some very simple, while others are elaborate?
These are just a few examples of ways to work within a group to create a mural. I have shared a few pictures of murals that I have painted, as well as a few that were done in groups. Enjoy!