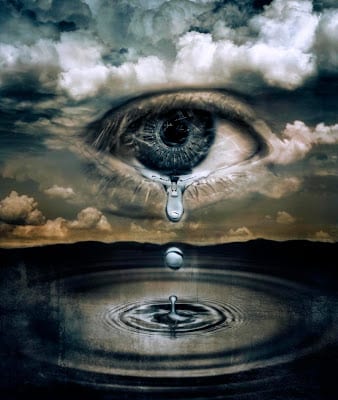 It is interesting to note that in this day and age, psychological terms have trickled down into our everyday conversations. For example, it’s not rare to hear someone complain, “oh god – she is SO obsessive compulsive!” Or, “I’m so depressed right now!” What are the actual definitions of these terms though?

I thought it would be interesting to do a series on this blog that I am calling the “Spotlight” series. In it I will explore some of the better known (but often misunderstood) mental illnesses, such as Depression, Bipolar Disorder, Obsessive Compulsive Disorder, and Borderline Personality Disorder. In each post I will include the official DSM IV description (Diagnostic & Statistical Manual of Mental Disorders, 4th Ed.). I will also highlight current treatment approaches – both medical and therapeutic. I am starting off with a spotlight on Depression. I hope these posts are informative, and give you a jumping-off point from which to explore further. Please keep in mind that thousands of books have been written on each diagnosis, and that these blog posts are only intended to give the reader a brief introduction to each disorder.
Before talking about the different types of Depression, it is helpful to define what a depressive episode consists of. According to the DSM IV, a person must meet 5 (or more) of the following symptoms during the same 2 week period, and one of the symptoms is either 1)depressed mood or 2) loss of interest or pleasure to meet the criteria for having a Major Depressive Episode:

1) depressed mood most of the day, nearly every day
(in children and adolescents this may present as an irritable mood)

2) noticeably diminished interest in activities that are usually pleasurable

3) significant weight loss or weight gain (not due to dieting)

4) insomnia or hypersomnia nearly every day (not sleeping or oversleeping)

6) fatigue and loss of energy nearly every day

7) feelings of worthlessness or excessive and inappropriate guilt

9) recurrent thoughts of death, suicidal ideation with or without a specific plan

From this list it is helpful to remember that any 2 people diagnosed with a major depressive episode may present very differently. For example, one may lose weight, have insomnia, and speak more rapidly, while another person may gain weight, sleep too much, and speak much more slowly. In addition, it is now known that children and adolescents may present very differently with depression than adults do. Often times, children and adolescents who are clinically depressed may act out and be irritable (and be mistakenly diagnosed with ADHD) when they are actually exhibiting signs of depression.

Major Depressive Disorder
(Also called: Unipolar Depression, Clinical Depression, & Major Depression)
This is the most well known type of depression and falls under the diagnostic category of Mood Disorders (as do all forms of Depression). Mood disorders are identified as a person presenting with a disturbance in mood as the predominant feature.

Dysthymic Disorder
The DSM IV definition for Dysthymic Disorder is a “chronically depressed mood that occurs for most of the day more days than not for at least 2 years.” Although Dysthymia is seen as a milder form of Major Depression, the course of this illness is much longer. People suffering from this form of depression may have lived with it for so long that they have difficulty remember a time when they ever felt “good.” In addition, people with Dysthymia are less likely to seek treatment, because they may believe that feeling this way is just part of who they are, instead of seeing it as a mental illness that may be treated.

Bipolar Depression
I will be writing a future post on Bipolar Disorder, which will cover Bipolar Depression in more detail. For now, it is important to know that Bipolar Depression meets the same criteria as seen in a Major Depressive Episode, but that the treatment (especially medication-wise) is usually very different. In addition, a bipolar depressive episode will later be followed by a manic or hypomanic episode.

Seasonal Affective Disorder (SAD)
SAD is a form of Depression that affects the person during certain parts of the year. A person with SAD exhibits the indicators of Depression with a pattern that is related to the time of year (usually seen during the winter and/or fall months). In addition, the depressive episodes are not linked to external stressors (such as unemployment or strained family relations).

Treatment Options
These forms of Depression can be treated in multiple ways, either with medication, therapy, or a combination of both.

Medication Treatment Options
The most widely used (and known) brand name antidepressant medications are in a family called Selective Serotonin Reuptake Inhibitors (SSRI’s). Common SSRI’s include: Prozac, Luvox, Celexa, Paxil, Lexapro, and Zoloft. These medications work primarily by regulating a chemical in the brain called Serotonin. Although SSRI’s seem to help many people with depression, the exact way that they work within the brain is still unknown.

Atypical Antidepressants affect neurotransmitters such as serotonin, norepinephrine, and dopamine. Brand name drugs in this category include: Wellbutrin, Effexor, Cymbalta, Remeron, Desyrel, and Serzone. Often times, prescribers will try a medication from this category when an SSRI has not helped alleviate depression. As with the SSRI’s, the exact mechanism of action is still not fully understood with these medications.

In addition, some presribers may turn to older classes of antidepressants, such as the Tricyclics, and MAOI’s (Monoamine Oxidase Inhibitors). However, these drugs are more commonly used as a last resort, since they have a lengthier list of side effects and less selective mechanisms of action.

Currently it is not uncommon to add a second drug to the primary antidepressant (called augmenter drugs). Two of the most popular brand name augmenter drugs are Buspar (also used to treat anxiety) and Wellbutrin.

Therapy Approaches
Here I’ve highlighted just 2 different therapy approaches for Depression (although there are many more to be explored in future posts).

Art Therapy (Yes…I am biased!)
There are too many approaches, techniques, and theories on art therapy and depression to fully delve into within this post. A future post is planned to explore art therapy and its applications to mental illness. For many, the process of creating art is intrinsically healing in itself. Often, the experience of depression can be paralyzing. The act of creating art can serve as a way of reconnecting with the world around us, using our hands constructively, and re-engaging with dormant energy. When a person is depressed, it can seem overwhelming to put their feelings into words. However, it is at these times that art can serve as a more direct expression of what the person is feeling. Frequently the therapist and the client are amazed at what surfaces within the art, providing insight into deeper issues and themes.

Cognitive Behavioral Therapy (CBT)
CBT is a form of psychotherapy that is based on the idea that what we think directly influences how we feel (emotions) and what we do (behavior). Therefore the focus is on retraining our brains to think differently, which in turn will directly change/impact our feelings and behaviors. CBT utilizes many approaches during therapy, with a strong focus on “homework assignments.” These assignments are all part of retraining the brain and becoming more cognizant of our thoughts – so that we become aware of some of our more harmful automatic thoughts. Unlike psychoanalysis, little attention is paid to the person’s past, and emphasis is placed on the person’s present day experience of life. CBT has been increasingly used and combined with other treatment modalities and is generally shorter term than other approaches to therapy.

These are just 2 therapy approaches for Depression. In future “spotlight” posts, I will be exploring many other types of therapy and their applications to different populations.

I’ll end this post with a quote by R.W. Shepherd:

“If depression is creeping up and must be faced, learn something about the nature of the beast: You may escape without a mauling.”