A Short Story: Working With Resistance 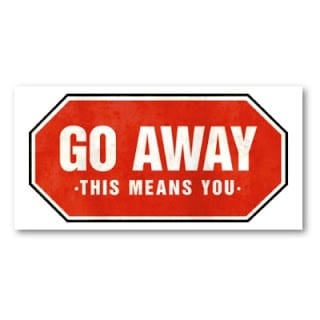 Two weeks ago during one of my art therapy groups I had a pretty tough crowd. To preface it, the clients in this group are all living in emergency transitional housing and facing many challenges such as addiction and past traumas. However, this group was particularly rough.

First, it was a struggle to get the t.v. turned off (since the group is held in the community room). Then there was a loud disagreement over what type of music I would play during the group. Each of the group members was in a particularly angry, restless, and intense mood, and for the first 10 minutes it felt more like I was doing damage control than running an art therapy group.

Energy was low and resistance was high. With this in mind, I made a gut decision that I should join the group in their current state rather than try to push them out of it. I took a deep breath and brought out a pile of blank doorknob hangers that could be decorated.

I usually steer clear of the more “crafty” art directives when it comes to art therapy, but this group seemed to need a very concrete project that day. When I brought up the idea of decorating doorknob hangers a few eyes lit up (slightly) and I knew I had hit on something. I also knew (without a shadow of a doubt) that these doorknob hangers would quickly be decorated with multiple versions of “keep out!” Sure enough, one woman began painting the words “Go Away! This Means You!” on the door hanger. The rest of the group quickly followed suit and by the end of the hour the table was covered with angry messages and threatening doorknob hanger signs. Did I see this group as a “failure?” Not at all.

Although this was not one of my deeper processing art therapy groups, I think that it served an important role that day. On one level it helped to refocus the anger so that it was directed into the artwork and away from one another. Even more importantly, the people in my group are constantly asked by society on a whole to get clean, get sober, get moving with their life, and make changes. This is all an important end goal, however at times I think it is vital that we acknowledge the struggles, the anger, and even the resistance experienced at that moment. We cannot change something that we have not yet accepted. Art therapy is uniquely suited to exploring the ambivalence that is so commonly felt by individuals who are struggling with these types of experiences.
~~~
Two weeks later I held another art therapy group. It was at the same location but with a slightly different mix of members. Instead of giving an idea for the group to create art about, I left it open so that each person could work on whatever they chose. One of the group members was the woman who had been in group from two weeks ago, when they had all created the doorknob hangers. She had been the woman who had started the project by painting “Go Away! This Means You!” on her sign.

At the end of the art therapy group everyone shared their piece and spoke a little bit about it. When it came to this woman’s turn she didn’t say anything. Instead, she handed me a sign that she had painted for her apartment door. It read: “Welcome to my room.”